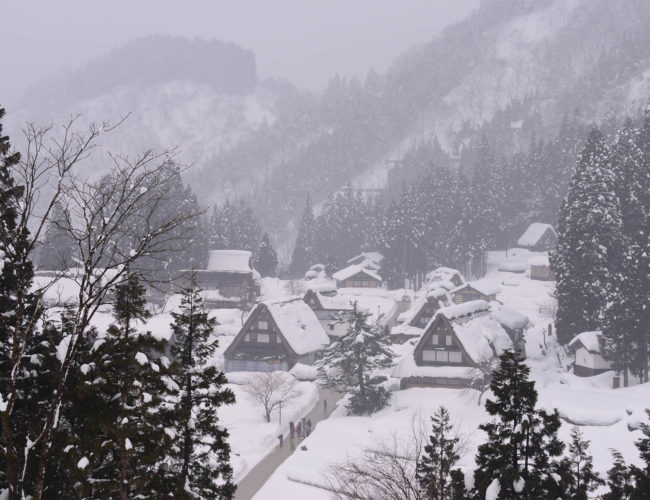 Ainokura is the most remote village in Gokayama. Ainokura was declared as a World Heritage Site in 1995 by UNESCO. The village is with nearly gassho-zukuri farmhouses. The houses is used as private residences, and some of the houses used as restaurants, museums and minshuku. Tourists highly recommeded onvernight at a farmhouse. It’s awesome!

There are many traditional things that stil maintain until now in these place. Such as fol dances, musics and traditional instruments are unique. There are also a instrument and it’s a popular souvenir from this beautiful village called sasara made over a hundreds wooden clapper. It’s strung together.

Around Ainokura is well known for its washi paper. The technique was brough here from Kyoto when Taira Clan escaped to this region after defeat by Minomoto Clan. Visitiors can try to making washi paper.

The one way bus ride from Shirakawago to Ainokura, it’s takes 45 minutes with costs 1300 yen. or, ride bus from Shin-Takaoka Station, its takes 1 hour with cost 1000 yen.

If ride a car, can be reached in 45 minuter along National Route. Taking the Tokai-Hokuriku expressway between Shirakawago and Gokayama IC with cost 570 yen. 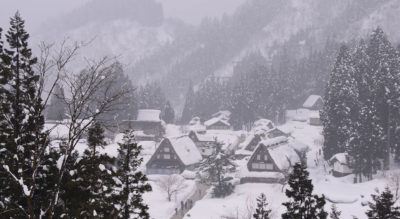