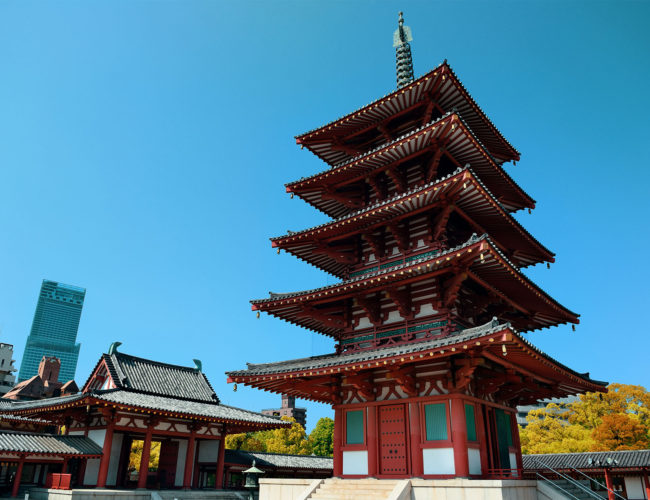 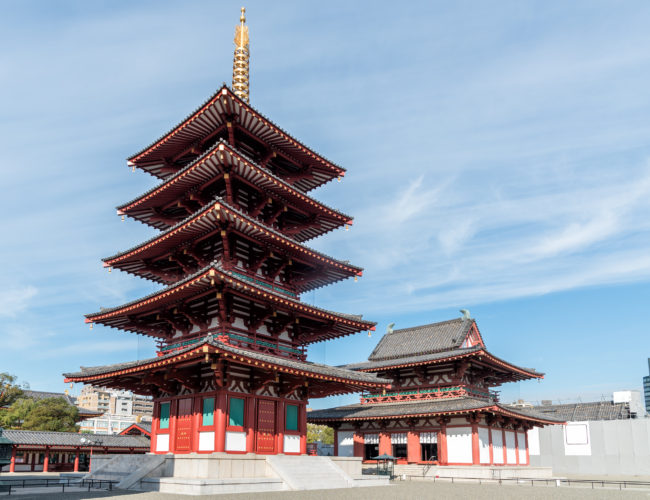 The historical journey begin in this place, the treasure of Japanese history.
Shitennoji temple is one of the oldest temple in Japan. An important religious building of Osaka,
this temple is a must for anyone interested in the temporal
The narrating event told that there was a prince ‘seduced’ by a new religion,
Budhism from China. He defended it body and soul during a war for the country.
Then, one day a prince, Shotoku Tasihi build the temple located in South and
also became one of the largest temple.

What is the main attraction of this temple? The pagoda monument!
You have to take a look to the outer wall of the temple and its many buildings with various functions.
You have to discover the three main buildings, Kodo pavillion, kondo pavillion,
and the five stories pagoda.
Inside the Kodo many statues of various deities of the Buddhist pantheon
with their severe and majestic eyes.
The Kondois famous for its murals narrating the events of the life of the historic Buddha.
Finally, the pagoda is probably the most surprising element of this monument.
It was originally built to house the Buddha’s relics,
which have now disappeared. Something which is very rare, this pagoda is open to the public and
it is possible to climb the floors one by one, as long as you put on slippers at the entrance.

Feel the warmth of this temple which had an importan role in the establishment of Budishm in Japan in the sixth century. 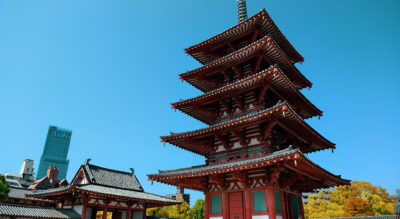 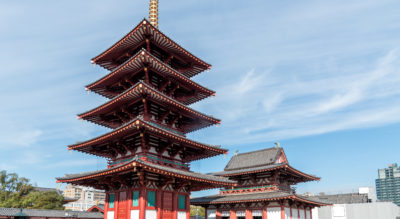